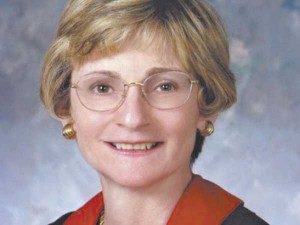 A council of federal judges in Washington will look into a misconduct complaint against a conservative judge who’s alleged to have made racially discriminatory comments.

Judge Edith Jones of the New Orleans-based U.S. 5th Circuit Court of Appeals allegedly said at a speech in February that were racially offensive to Blacks and Latinos.

On Wednesday, U.S. Supreme Court Chief Judge John Roberts assigned the complaint to the District of Columbia Circuit after the 5th Circuit asked that it be transferred.

The council can take several actions, ranging from a public reprimand to referring the case to the national Judicial Conference of the United States, if the council believes the conduct is grounds for impeachment.

A coalition of civil rights organizations filed a judicial misconduct complaint on June 4 against Judge Jones for comments she allegedly made during a speech that are seen as discriminatory, The Associated Press reported.

Judge Edith Jones, a member of the 5th U.S. Circuit Court of Appeals addressed the University of Pennsylvania law school on Feb. 20. Her comments were not recorded, but five students and one attorney who were in attendance signed affidavits on what was said.

Those affidavits were used to generate a 12-page complaint filed in New Orleans stating that Jones “has engaged in conduct that is prejudicial to the effective and expeditious administration of the business of the courts, undermines public confidence in the integrity and impartiality of the judiciary, and creates a strong appearance of impropriety.”

Jones, 64, is accused of saying that certain “racial groups like African Americans and Hispanics are predisposed to crime,” and are “prone to commit acts of violence” and be involved in more violent and “heinous” crimes than people of other ethnicities.

The judge also allegedly said Mexicans would prefer to be on death row in the United States than serving prison terms in their native country, and that it’s an insult for the U.S. to look to the laws of other countries such as Mexico.

The complaint also states that Jones said defendants’ claims of racism, innocence, arbitrariness, and violations of international law and treaties are just “red herrings” used by opponents of the death penalty, and that claims of “mental retardation” by capital defendants disgust her. The fact that those defendants were convicted of a capital crime is sufficient to prove they are not “mentally retarded,” the complaint alleges Jones to have said.

And it alleges she said a death sentence provides a service to capital-case defendants because they are likely to make peace with God only just before their execution.

A message from The Associated Press seeking comment left at Jones’ law office in Houston was not returned June 4. Appointed by President Ronald Reagan, Jones has served on the court since 1985 and was its chief justice for seven years, until October 2012.

“Students were appalled by her speech,” Katie Naranjo, a spokeswoman for the coalition, which includes the Mexican Capital Legal Assistance Program, the League of United Latin American Citizens and the Texas Civil Rights Project, told The Associated Press.

Also included in the complaint are the Austin chapter of the National Association for the Advancement of Colored People and the National Bar Association’s Houston affiliate.

Naranjo said the coalition is demanding an investigation. She said it took months for those who heard Jones’ comments to contact lawyers and verify that they could warrant a formal complaint. It also took time to compile the affidavits, she said.

The coalition said Jones’ comments resembled those made during the trial of Duane Buck, a Black Texan sentenced to death in 1997 for the murder of his former girlfriend and another man.

At Buck’s trial, a state psychologist listed race as one of several factors in describing the danger he would continue to pose. Though the psychologist was called to the stand by defense lawyers, a prosecutor emphasized the testimony in her closing argument.

Later, John Cornyn, then Texas attorney general, identified the case as among six in which race had played an inappropriate role in imposing death sentences. The other inmates all received new sentencing hearings, and they’ve all been resentenced to death. Buck hasn’t received a new hearing.

“Judge Jones’ comments are frighteningly similar to those that violated Duane Buck’s constitutional rights,” Christina Swarns, one of Buck’s lawyers and director of the Criminal Justice Project of the NAACP Legal Defense & Educational Fund, said in a statement.

U.S. Congressman Cedric Richmond, D-La., was among those calling for a full investigation of Judge Jones’ comments. In a letter last week to U.S. with Circuit Court of Appeals Chief Judge Carl Stewart, Congressman Richmond demanded a “full and swift” investigation into the remarks allegedly made by Judge Jones

“The alleged statements, if true, demonstrate personal racial and religious bias as well as questionable legal analysis,” Richmond wrote. “These biases are incredibly inappropriate for a sitting jurist at any level, let alone a former chief judge at one of the highest level Article II Courts of Appeal.”

In a recent article about Jones’ comments, The Austin Chronicle reported an analysis by James McCormack, a legal ethicist, former general counsel and chief disciplinary counsel for the State Bar of Texas, who wrote in a recent legal affidavit “that the content of Jones’ speech violates a number of ethical provisions within the judicial code of conduct – including the duty to be impartial; to avoid comment on pending, or impending cases; to be respectful and ‘avoid comment or behavior that could be interpreted as harassment, prejudice or bias’; and to avoid participating in ‘extrajudicial activities that detract from the dignity’ of the judge’s office or would ‘reflect adversely on the judge’s impartiality.’ In sum, McCormack concluded that Jones has engaged in ‘cognizable misconduct,’ he wrote. ‘Her inflammatory remarks evince bias and prejudice and serve to lower public confidence in our judiciary,’ reads the affidavit. ‘I view this episode as a very sad and unfortunate chapter in the history of our federal judiciary. Most federal judges strive mightily to act fairly and impartially and to strengthen, rather than erode, public confidence in our system of justice,’ he continued. ‘Judge Jones’s conduct militates in the opposite direction. In my opinion, unless an appropriate disciplinary authority strongly disapproves of … Jones’ statements and properly addresses her flagrant misconduct, our judicial system – and our federal appellate courts in particular – will suffer the consequences of diminished public respect and confidence’.”

“As someone who has both defended and charged federal judges in cases of misconduct, this complaint is impressive — an extraordinary collection of allegations that will test the often criticized ability of the federal courts to police themselves,” Jonathan Turley, a George Washington University law professor and former Tulane University law professor, was quoted as saying. “Some of these statements attributed to Jones are quite bizarre like the suggestion of the death penalty as necessary to bring defendants closer to God (though that statement could have been made in jest or sarcasm).”

More than 1,000 judicial complaints were reportedly filed each year since 2009, with 1,404 filed in 2011 – the most recent year for which complete numbers are available.

“According to federal statistics, the majority of complaints were filed against federal district judges,” The Austin Chronicle reported. “Most of those were made in response to alleged ‘erroneous decisions, other misconduct, personal bias against the litigants or attorneys, or violations of other standards,’ according to a report by the Administrative Office of the United States Courts. Forty-percent of those complaints were filed by prison inmates. In all, just two dozen complaints received by circuit chief judges were resolved – including cases where corrective action was taken. At the end of the year, 912 cases were still pending; none of the 2011 complaints were referred to a special investigating committee for consideration. After a special committee has completed its investigation, the results are filed with the judicial council, a disciplinary arm of the federal courts. Of the complaints considered in 2011 by judicial council, 644 were concluded after the panel agreed with the chief judge’s initial decision.”

Jones, a University of Texas Law School graduate, is an opponent of abortion rights and was nominated by President Ronald Reagan in 1985. She was twice mentioned as a potential nominee for the U.S. Supreme Court.

Judge Edith Jones was part of a three-judge panel from the U.S. Fifth Circuit of Appeals that temporarily granted New Orleans Mayor Mitch Landrieu’s request for a stay of the NOPD consent decree in late May. Just days later on June 5, however, the 5th Circuit sided with the U.S. Department of Justice and allowed the consent decree designed to implement a complete overhaul of the New Orleans Police Department to move forward.

The New Orleans branch of the NAACP was joined by other local and state civil rights organizations in calling Thursday for Judge Jones to step down at a press conference outside the 5th Circuit Court of Appeals.

“We are here to demand that Edith Jones retire or that the judicial system immediately remove her from the bench,” Dr. Ernest Johnson, president of the NAACP Louisiana State Conference, said Thursday.

“These kinds of comments are hurtful to the Latino community, and we are asking that this doesn’t happen again,” Scarlett Lanzas, executive director of Puentes New Orleans, told reporters.

“Considering her connection to former President Ronald Reagan, no one should have been caught off guard by Judge Jones’ racist comments,” the Rev. Raymond Brown, president of National Action Now, told The Louisiana Weekly. “Whether it comes from a federal judge or a small-town elected official, we need to take a stand against public officials sworn to uphold the U.S. Constitution who openly express bigotry and hatred. You can be sure that those views will find their way into laws and court decisions.”

“We will continue to organize and fight for justice despite the racially inflammatory remarks and rulings of judges like Judge Edith Jones,” W.C. Johnson, a member of Community United for Change, said Thursday. “Fighting white supremacy, racial injustice and systematic oppression takes courage, tenacity, resilience and resourcefulness. It is a constant struggle that requires commitment, vigilance and a sense of purpose.”

Kwasi Alexander, another member of CUC, told The Louisiana Weekly Friday that when it comes to racial bias in the judicial system, Judge Jones is only the tip of the iceberg. “Judge Edith Jones represents, glorifies and exemplifies the attitudes and consciousness of the Civil War South,” Alexander said. “When looking at the landscape of decisions coming out of the 5th Circuit Court of Appeals, Judge Jones only verbalized what the court has been passing out through cases that involve questions of race or hints of injustice perpetuated on people of color. It is common knowledge that the 5th Circuit Court of Appeals is a biased and prejudicial overseer.

“The right course of action for the country would be to root out the cancer that keeps America a white supremacist landmass,” Alexander added. “However, in order for that to happen, more than just Judge Jones must be purged from the halls of the 5th Circuit. But Judge Jones would make for a good start.”